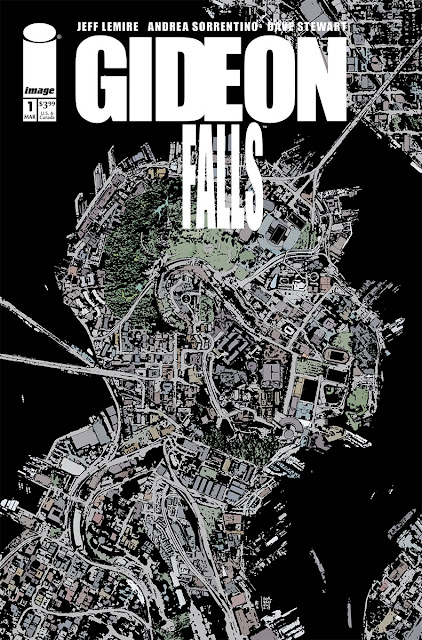 An atmospheric thriller colliding rural mystery and urban horror, the series follows an ensemble cast of seemingly random strangers – a washed-up Catholic priest, an uncompromising female sheriff, and a young recluse obsessed with unraveling a conspiracy buried in his city’s trash – as they become drawn into a mystery connected to a long-forgotten local legend. 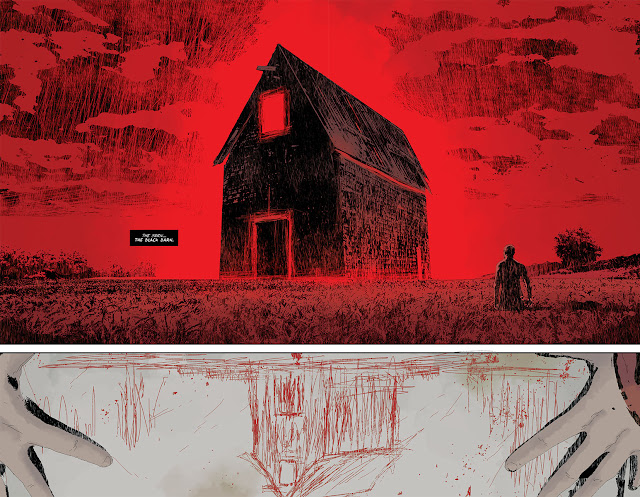 “GIDEON FALLS is psychological horror told with a deeply humanistic touch, a story about imperfect people who confront their own demons – imagined and supernatural alike," said Hivemind Co-President Jason Brown. "It is this kind of expertly fashioned, character-focused genre storytelling that inspired us to form Hivemind, and it is our mission to collaborate with world-class authors, artists, and rights holders like Jeff and Andrea to bring their stories to the screen in an authentic way."

GIDEON FALLS is the latest property to join Hivemind's quickly expanding roster of film and television projects. The company currently produces the acclaimed science fiction series The Expanse – which recently made a historic move to Amazon – as well as Netflix's upcoming adaptation of The Witcher, based on the series of novels that inspired the best-selling game franchise. Its next feature film will be Scary Stories to Tell in the Dark with producer/co-writer Guillermo del Toro and director André Øvredal, which begins production this summer.

"GIDEON FALLS is a story that is very near to our hearts, and Andrea and I could not be more excited to be partnering with Hivemind to bring the terror, and the story of Fred, Norton and The Black Barn, to an even wider audience," said series co-creator and writer Jeff Lemire. 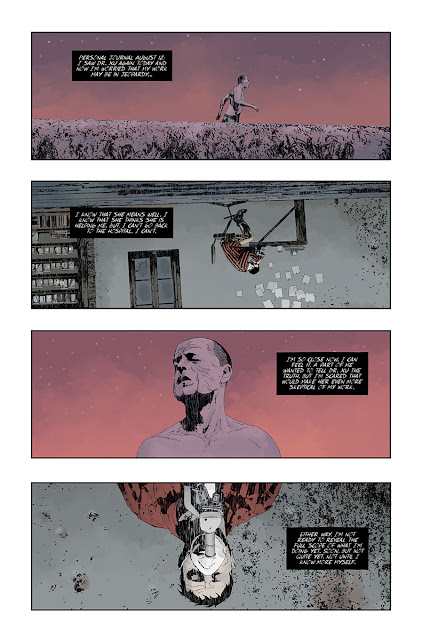 "It's great to imagine GIDEON FALLS, and all these characters whom we've been working so hard to realize in the graphic novel, now coming to life on TV screens," added series co-creator and artist Andrea Sorrentino.

GIDEON FALLS will also notably re-team Lemire with producer Dinesh Shamdasani, who joins Hivemind as Co-President. Lemire and Shamdasani previously collaborated on multiple best-selling comics projects, including The Valiant and Bloodshot Reborn, during his time at the helm of Valiant Entertainment, which Shamdasani departed following a major acquisition in early 2018. In addition to his duties at Hivemind, Shamdasani is also currently producing a big-screen adaptation of the Bloodshot comic book series for Sony Pictures with star Vin Diesel, director Dave Wilson, and Academy Award-nominated screenwriter Eric Heisserer that is set to begin filming this summer.

“GIDEON FALLS is one of the most inventive stories anywhere comics today, colliding a psychologically complex and intellectually nuanced cast against a stark and terrifying terrain of science fiction and horror,” said Shamdasani. “It’s no surprise that it comes from the brilliant minds of two of the most talented creators in the comics medium – Jeff Lemire and Andrea Sorrentino – or that it sparked a massive multi-studio bidding war.”