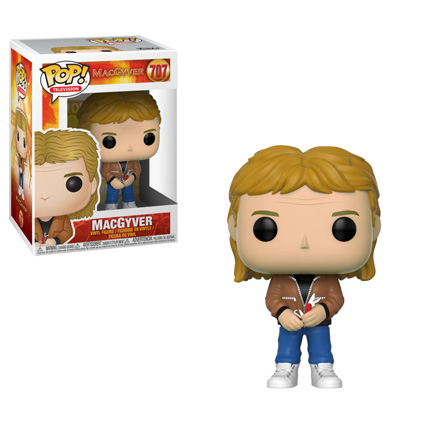 Some people are scared of anyone who runs free.

Give this Pop! MacGyver some string and a slice of Swiss cheese and he’ll make a harpoon launcher. How you use the harpoon launcher is entirely up to you.  The ‘80s favorite agent and his signature flight bomber jacket are back and ready for action and there’s no telling what feats of intellect and resourcefulness he might accomplish.  He’s already armed with his trusty Utility knife. Just in case.