DC All Access is back! Top 10 Superman fights, TMNT easter eggs and more 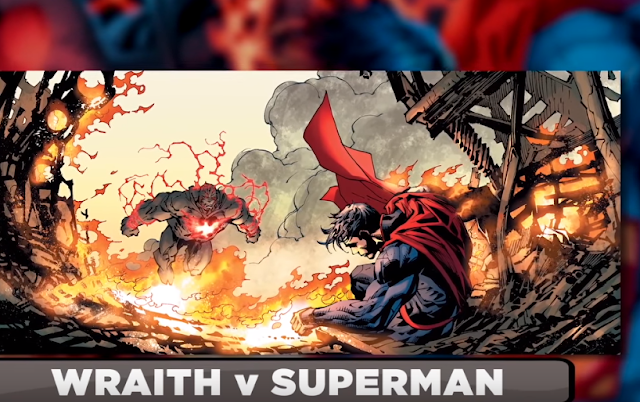 VINTAGE: Top 10 Superman Fights of All Time
A DC All Access "Vintage" Segment! Sometimes he wins, sometimes he loses, but a good Superman fight is always memorable. Back in 2016, to celebrate the release of Batman v Superman: Dawn of Justice, we put together a list of the Top 10 Superman fights of all time. Since then, the Man of Steel has gone through a heck of a Rebirth, but with opponents including Shazam, Darkseid, Doomsday and even a familiar hammer-wielding Norse God, this is still a pretty great Top 10. What do you think? Did your favorite fight make the cut?
INJUSTICE 2: TMNT Easter Eggs + DAMAGE vs Suicide Squad
The Teenage Mutant Ninja Turtles are coming to Injustice 2, and all we can say is COWABUNGA! (Really, did you expect anything else?) In this week's episode of DC All Access, Whitney is joined by special guest host Rahul Kohli (iZombie) to break down all the latest DC news. First, we unpack today's Damage #2 with writer Robert Venditti, who explains last week's shocking Task Force XL reveal. Then Netherrealm Community Manager Tyler Lansdown joins us to discuss the new TMNT Injustice 2 DLC, including a few Easter eggs guaranteed to cause more than a few freakouts. Plus, we look at some of this week's new comics, pick a new panel of the week, and chat with Joshua Williamson about his new Vertigo series, Deathbed.
VINTAGE: Superman Unchained Behind-the-Scenes w/ Jim Lee & Scott Snyder
A DC All Access "Vintage" Segment! Superman Unchained was an amazing New 52-era collaboration between writer Scott Snyder and artists Jim Lee, Scott Williams and Alex Sinclair. In this segment from 2014, Tiffany spoke with Snyder, Lee and Sinclair about their process, their approach to working on Superman and their careers in the industry in general.
LEGENDS: Stuck in a Time Loop!
Where's Bill Murray when you need him? This week's DC's Legends of Tomorrow finds Zari Tomaz repeating the same hour over and over and over again as she tries to prevent the Waverider from being destroyed. Meanwhile, Zari Tomaz finds herself in a timeloop as she tries to keep the Waverider from—
Wait a minute, didn't I just say that? What's going on here? Maybe Hector will have some answers in this week's episode of #DCTV!
THE FLASH vs SHAZAM
One word—SHAZAM!—and Billy Batson possesses god-like power. But will the battle be over before he can say it? It just might, considering we’re pitting him against the Flash in this week’s versus segment. Will Shazam’s legendary abilities be enough to slow Barry down permanently? Or will the Scarlet Speedster prove that Mercury had it right?