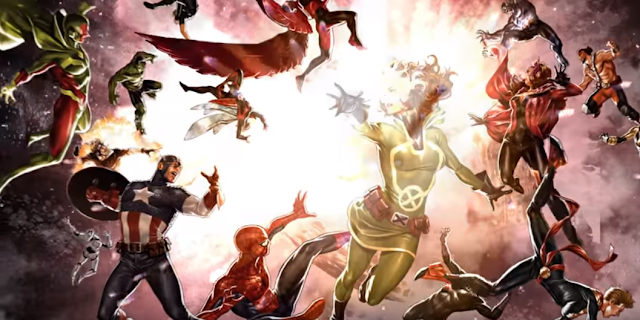 The end of the Avengers Era as we know it is arriving…and it all starts with AVENGERS: NO SURRENDER! Today, Marvel is proud to present a teaser trailer for a story that’s so big and so dramatic, they had no choice but to make it a weekly epic!

Co-written by Mark Waid, Al Ewing and Jim Zub with art by Pepe Larraz, Kim Jacinto and Paco Medina, AVENGERS: NO SURRENDER unites the casts and creative teams of three titles into one weekly book of exciting action. It all starts with AVENGERS #675 this January, when the teams of THE AVENGERS, UNCANNY AVENGERS, and U.S. AVENGERS come together in a story as exciting and powerful as the Marvel Universe itself.

Find AVENGERS: NO SURRENDER in stores on 1/15!