Doctor Who | New Look for the New Doctor! 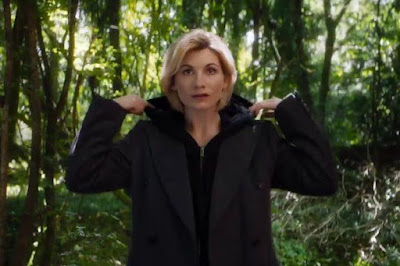 It's been a few months since Jodie Whittaker was announced as the thirteenth incarnation of the Doctor on Doctor Who. While we took in that news, many of us wondered what this new Doctor would choose as her look. After all, each Doctor has had their own unique fashion sense designed to reflect their respective personalty traits. What would 13 look like? Well, now we know! The first official look at Whittaker's Doctor has been released. 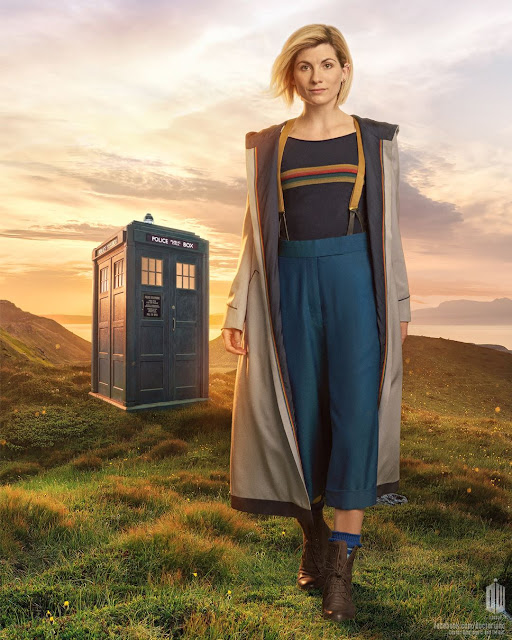 Having grown up in the 70s and 80s, I'm definitely getting a Mork & Mindy vibe -- and I don't mean that as a negative in any way! If this is indeed meant as a nod of sorts to Mork from Ork, the alien character made legendary by the great Robin Williams, with the suspenders and similar color scheme, then so much the better. It certainly has familiar elements of previous Doctors as well. After all this time, coming up with a look that stands apart -- but still calls back to what came before -- can't be an easy task. I'm curious to hear what the process was in choosing this ensemble.

On the whole, I really dig the Doctor's new look. What are your thoughts?

Find out more about Doctor Who here.