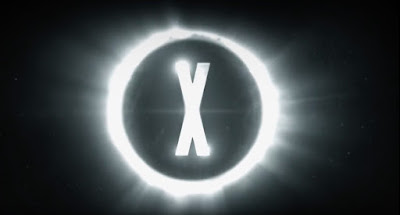 The trailer for season 11 of The X-Files just made its debut at New York Comic-Con, and creator Chris Carter and stars David Duchovny, Gillian Anderson, and Mitch Pileggi were on hand for some Q&A about the upcoming season.

First up, check out the trailer below:


The X-Files panel was hosted by Michael Ausiello of TVLine.com. Here are the highlights:

* Carter said that Season 11 will consist of “eight standalone episodes, and two mythology episodes.” Glen Morgan and James Wong, who penned the classic hour “Home,” are writing the eighth installment, which is “similarly messed up” in tone.
* Carter teased that Scully and Mulder will get “kissing close” at some point this season. But when we pick up, they’re still “professional partners, not romantic partners.”
* Remarking on Langley’s return, Carter would only say “that Langley is in the show this season,” but would not confirm whether or not he is alive or a hallucination.
* On Scully and Mulder’s son William playing a pivotal role in these new episodes, Carter said, “We explore that father-son-mother relationship, and you’ll see more of William than you’ve seen in a long time.” Pileggi chimed in, adding, “I think [the William storyline] is… brilliant. I think it’s done really well, and you guys are going to be very, very happy with it.”
* Pileggi said that “you’re getting more [Skinner] than you did in the last six [episodes].” Carter followed up, revealing that viewers will see a young Walter Skinner as one upcoming installment explores the character’s backstory.
* Carter also let slip that Season 11 will begin with “some background on the Cigarette Smoking Man.”

Deadline also features a lengthy interview with Chris Carter, which you can read in its entirety here. One thing that was touched upon was the criticism of the previous season and how some fans felt it wasn't true to what they knew of the characters and the story. He talks about the balance of giving something back to loyal, longtime viewers, but also bringing in a bit of the new to attract a newer audience.

DEADLINE: Talking about time, last year when the show first came back there were some who felt things go a bit too monster of the week and that there was something lost in the Mulder and Scully they had come to know. What did that reaction feel like for you?
CARTER: Look, we really tried to adhere to what we felt was the tone generally of the show and the tonal shift in the show. Originally we could go from mythology episodes to monster of the week episodes to comedy episodes and I felt that we gave everyone in those first six episodes a very good mix of those things.
So if you were to point to how many monster of the week episodes there were in the first six I would say that there are only two. Everything else was a mythology, a comedy, or in one case I would call it an experimental episode.
DEADLINE: So, I’ll take that as you thought the critics were unfounded?
CARTER: Well, I think something that’s not in any playbook is how to bring a show back that is essentially 25 years old. That’s something that requires a lot of consideration.
DEADLINE: How so for you?
CARTER: You’ve got an audience out there who are loyal fans of the show. You don’t want to hit them over the head with a catch up for the people who may not know the show as well. So you have to walk a fine line in giving the people who have come so far with you what they want and yet introducing the show to a whole new group of people.


The X-Files returns to Fox for a 10-episode run in early 2018. You can visit the official website at https://www.fox.com/the-x-files/.