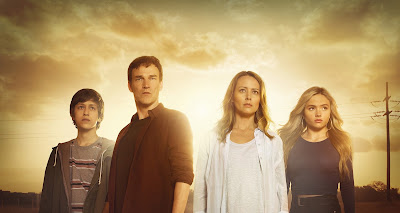 You never know you’re a mutant until it happens the first time.  On this day everything changes…forever”

From 20th Century Fox Television in association with Marvel Television, and set in the X-Men universe, gripping adventure series THE GIFTED tells the story of a suburban couple whose ordinary lives are rocked by the sudden discovery that their teenage children possess mutant powers. Forced to go on the run from a hostile government, the family seeks help from an underground network of mutants and must fight to survive. THE GIFTED premieres on Sunday 8th October at 9pm on FOX.

Toby Etheridge, Head of Programming, Fox Networks Group UK, commented: “Exploring an all-new corner of the X-Men Universe, THE GIFTED introduces an exciting new generation of mutants, as they struggle to come to terms with their powers. On the run from a hostile government that tracks down mutants, THE GIFTED portrays one family’s battle for survival and what it means to be different. THE GIFTED is a hugely entertaining drama express from the U.S., that viewers will love.”