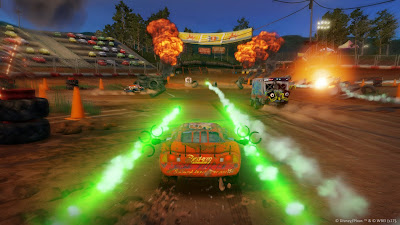 Rev up your engines! Warner Bros. Interactive Entertainment and Disney Consumer Products and Interactive Media today announced that Cars 3: Driven to Win is now available in the UK for the PlayStation®4 and PlayStation®3 interactive entertainment systems, Xbox One, Xbox 360, Nintendo Switch™ and Wii U™.  Developed by Avalanche Software, Cars 3: Driven to Win is the world-class competitive racing game inspired by the upcoming Disney•Pixar Cars 3film providing an entirely new interactive experience that is thrilling to play alone or with friends and family. Players can race as Lightning McQueen, Cruz Ramirez, Jackson Storm and other beloved characters while mastering the tricks, skills and combat techniques needed to become the Ultimate Champion. Cars 3: Driven to Win picks up after the final big race in the upcoming Cars 3, and offers an all-new high-speed competition that is filled with both familiar and new faces.  Players will be able to take the driver’s seat and set out in action-packed adventures as they join Lightning McQueen and Cruz Ramirez in preparation to take on rival racer Jackson Storm.  With over 20 customizable playable characters to choose from, including popular heroes from the Carsfranchise and next generation racers, and more than 20 unique tracks across 13 iconic race environments from the film, Cars 3: Driven to Win allows players to customize their racing adventure and discover a variety of possible experiences through its replayability.“With Cars 3: Driven to Win, we created a game that extends the excitement of the film with thrilling competitive racing experiences for players of all ages and levels,” said John Blackburn, Vice President and Studio Head, Avalanche Software. “We know how much fans love the Carsbrand and characters, and we are proud to make the game available across all current and previous gaming consoles so that more families can enjoy it together.” Cars 3: Driven to Win is a game that empowers players to master their driving skills for the ultimate world-class competitive racing experience. With six thrilling modes for gamers to train and advance their abilities, the gameplay is designed to encourage players to learn and build experience, earning rewards for each of their improvements along the way.  Race Mode puts players onto the tracks to race against Lightning McQueen and the gang and rev up for the ultimate challenge, while Battle Race allows players to collect and use power-ups, putting their cars to the test in races against family and friends to become the Ultimate Champion. To turn up the competition, Takedown Mode allows gamers to collect and use a variety of power-ups to eliminate as many crash karts as possible, and when time runs out, the player with the most points wins. In Best Lap Challenge, players can race against their own best time, as they attempt to set a new track record. For maximum fun and creativity, players can visit the Playground where they can go racing, perform stunts and engage in challenges, or simply drive around for fun at their own pace, and with Stunt Showcase they can race off of ramps to catch air and perform as many tricks as possible before time runs out, earning points for successful tricks and safe landings.  Cars 3: Driven to Win provides an exhilarating, action-packed experience where training and skill give players an edge in a racing experience that anyone can win. Players will be able to experience Cars 3: Driven to Win with their friends or on their own to perfect the various racing styles and modes available to them. For maximum fun, the game will include local split-screen cooperative play, allowing players to compete or team up and play at home together, making it easy for friends and family members to join the race – and the fun – at any time. Cars 3: Driven to Win is available physically on PS4, Xbox One and Nintendo Switch exclusively at Argos in the UK. 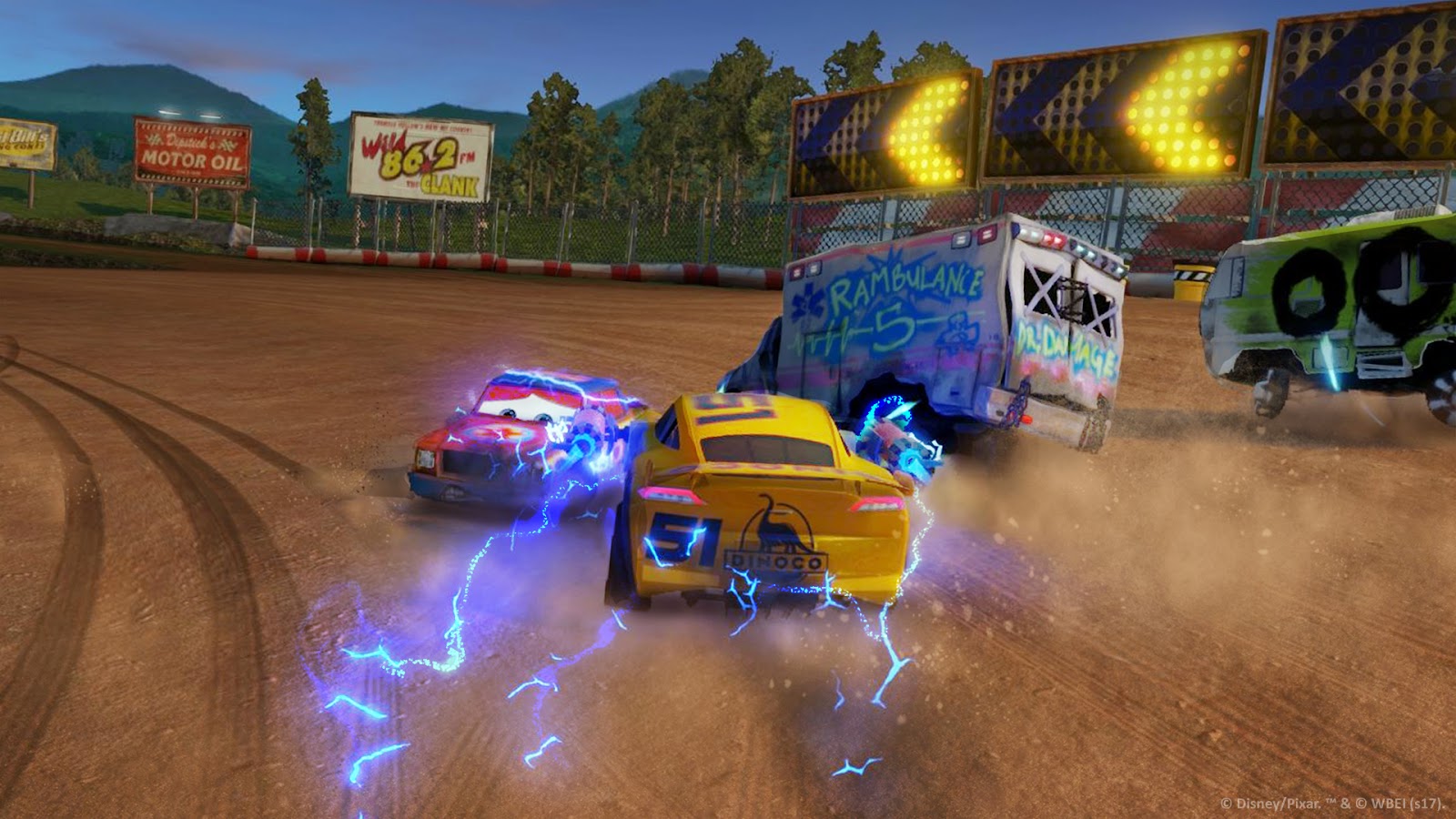 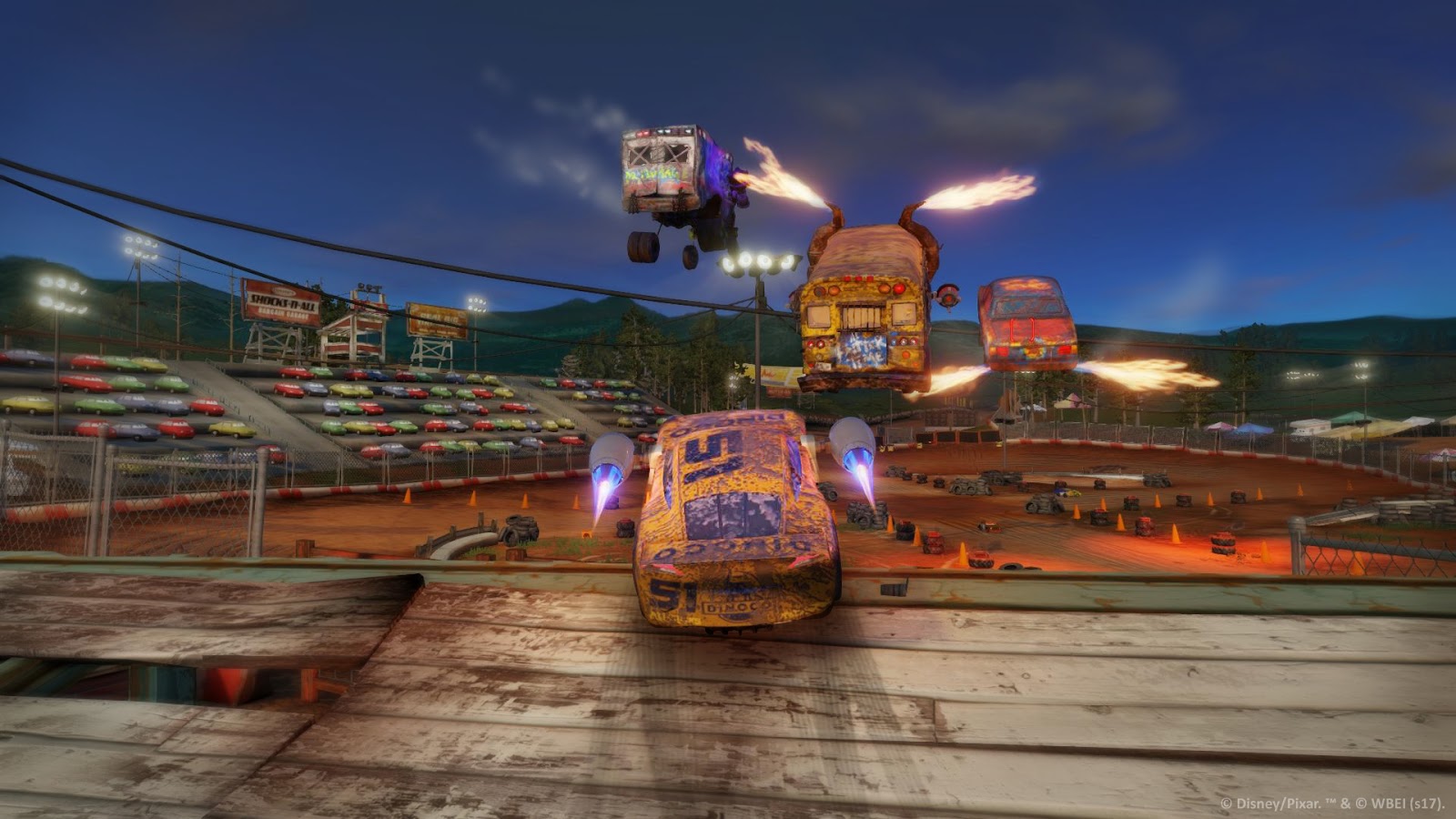