Photo of the Day - Take Four On The Set Of Star Trek The Original Series. 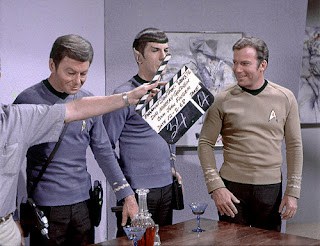 It's the fourth take and Deforest Kelley and William Shatner are still trying to hold back a few smiles.  Leonard Nimoy however, is performing exactly how you would expect a half-Human, half-Vulcan to act...Logically.

Did you know?  Star Trek creator, Gene Roddenberry believed that in the future there would be no body hair and in particular chest hair. Shatner had to be shaved by a studio barber when he was appearing topless.  Body hair just wasn't Starfleet. 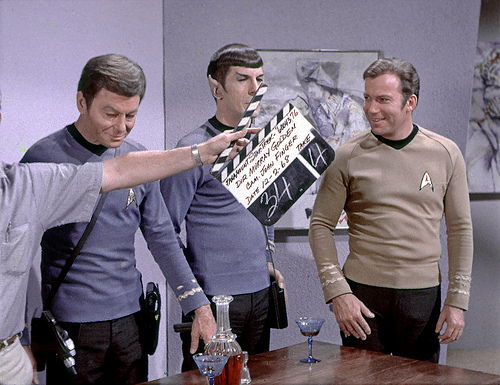