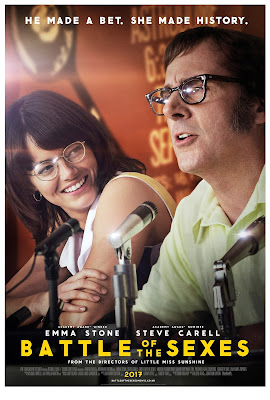 New artwork has been released today for the upcoming tennis movie, BATTLE OF THE SEXES Starring Steve Carell, Emma Stone and Bill Pullman.


Starring Academy Award® winner Emma Stone and Academy Award® nominee Steve Carell as 1970’s tennis greats Billie Jean King and Bobby Riggs, BATTLE OF THE SEXES is directed by Jonathan Dayton andValerie Faris (Little Miss Sunshine) from a screenplay by Academy Award® winner Simon Beaufoy (Slumdog Millionaire).
Synopsis
In the wake of the sexual revolution and the rise of the women’s movement, the 1973 tennis match between women’s World #1 Billie Jean King (Stone) and ex-men’s-champ and serial hustler Bobby Riggs (Carell) was billed as the BATTLE OF THE SEXES and became one of the most watched televised sports events of all time, reaching 90 million viewers around the world. As the rivalry between King and Riggs kicked into high gear, off-court each was fighting more personal and complex battles. The fiercely private King was not only championing for equality, but also struggling to come to terms with her own sexuality, as her friendship with Marilyn Barnett (Andrea Riseborough) developed.  And Riggs, one of the first self-made media-age celebrities, wrestled with his gambling demons, at the expense of his family and wife Priscilla (Academy AwardÒ nominee Elisabeth Shue).  Together, Billie and Bobby served up a cultural spectacle that resonated far beyond the tennis court, sparking discussions in bedrooms and boardrooms that continue to reverberate today.
BATTLE OF THE SEXES also stars Sarah Silverman (‘Masters of Sex’), Bill Pullman (The Equalizer) and Golden Globe®  nominee Alan Cumming (‘The Good Wife’).

The film is produced by Cloud Eight Films’ Christian Colson and Decibel Films’ Danny Boyle, the team behind Academy Award®  winning and nominated films such as Slumdog Millionaire, 127 Hoursand Steve Jobs. Also producing is Robert Graf, who has previously collaborated with the directors on Ruby Sparks and has produced such projects as Hail, Caesar and No Country for Old Men. 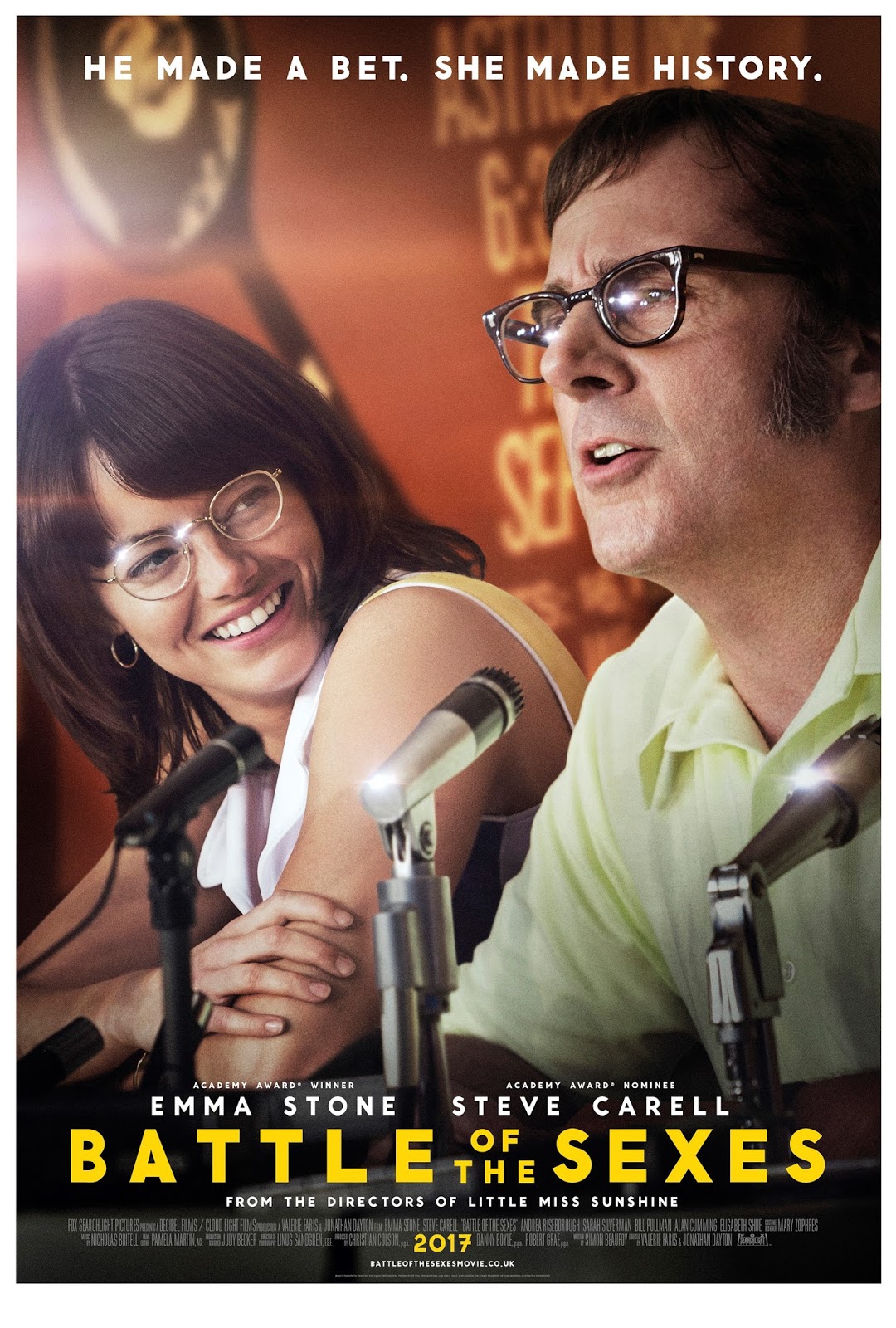 BATTLE OF THE SEXES
is released in UK cinemas
October 20 2017.