ALL ABOARD THE MUSICAL ADVENTURE OF THE YEAR…. JAGGA JASOOS! 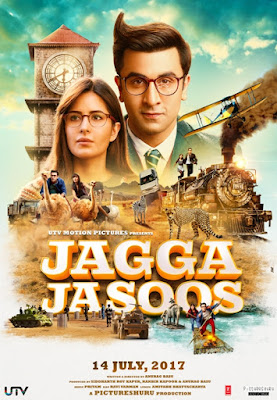 When was the last time you embarked on a mystery-solving adventure whilst riding the back of an ostrich? Join the bumbling duo, Jagga (Ranbir Kapoor) and Shruti (Katrina Kaif), as they look to uncover the mysterious disappearance of Jagga’s father, taking them across some of the most unfamiliar terrain. 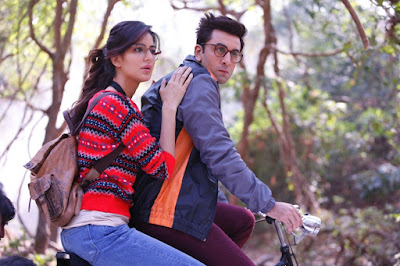 Disney and Pictureshuru Productions are set to release the musical adventure of the year, JAGGA JASOOS, in cinemas worldwide on 14th July 2017.  Directed by Anurag Basu (Barfi!, Life in a… Metro) the film stars two of India’s leading stars Ranbir Kapoor (Barfi!, Yeh Jawaani Hai Deewani) and Katrina Kaif (Rajneeti). Featuring as many as 29 songs, this Broadway style musical will have audiences around the globe laughing, crying and singing along as they join the suited pair to uncover the truth in amongst a safari of exotic creatures, mystery and uncertainty.

The film, which marks the return of the Barfi! team (Anurag Basu - UTV Motion Pictures - Ranbir Kapoor) has already generated considerable buzz with the release of its quirky, colourful musical trailer featuring the infectious Jagga portrayed by Ranbir Kapoor and his endearing, bundling companion Shrutiplayed by Katrina Kaif. Using the magical power of song, dance and humour, we see them travelling across the planet in bright yellow aircrafts, horseback and ostriches – not your everyday modes of transport! 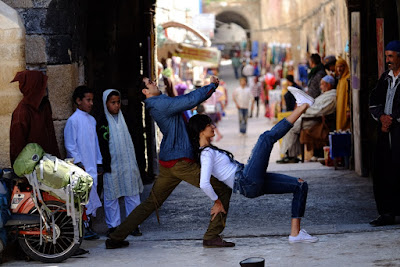 Three times Filmfare awardee Pritam Chakraborty scored the music for the film which marks an encore of yet another association of the successful trio - Anurag, Ranbir, and Pritam. The film also features notable actors Sayani Gupta and Saswata Chatterjee in prominent roles.

The story revolves around Jagga, a shy young boy in a quaint little town, with his accident-prone father, Bagchi (Saswata Chatterjee). As he grows up, his father sends him to boarding school – and mysteriously goes missing. Over the years, the only contact Jagga has with his father is a VHS tape that he receives via post every year on his birthday.

When Jagga’s father suddenly stops sending his son’s annual birthday tape, Jagga develops an undying curiosity to find the whereabouts of his father. This leads him to Shruti, a journalist who lands up in Jagga’s town trying to expose a high level international case. With Jagga refusing to give up hope on the wellbeing of his father, he asks for Shruti’s help to solve the case. 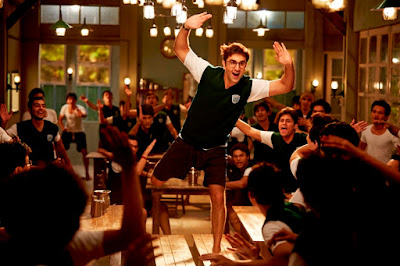 Jagga and Shruti are a hilarious combination embarking on a mission to uncover details about Bagchi’s life which will take them across the world.

The film’s soundtrack has already been lauded by fans and critics alike. It features acclaimed singer Arjit Singh bringing the lyrics of Amitabh Bhattacharya and Neelesh Misra to life, accompanied with music by Pritam, the songs and visuals have further contributed to the buzz surrounding the film.