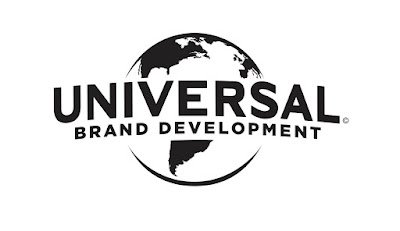 SCRAP, the leading producer in Real Escape Game events, has partnered with Universal Brand Development to create The Mummy Escape Game, it was announced today. The world of Universal Pictures’ The Mummy will transform into an immersive live-action fan experience when The Mummy Escape Game premieres on May 20 at The Mummy Day at the iconic Hollywood & Highland center in Los Angeles and expands to Tokyo’s GUNKAN East-Shinjuku Building on July 27, 2017.  This collaboration marks the first time SCRAP has partnered with a major film studio.  Tickets for The Mummy Escape Game are on sale, beginning today.
Recruited as security guards, guests will enter the sweeping story of The Mummy through the Escape Game.  They must solve interactive puzzles to save mankind from the revenge of an ancient princess who has awakened in current day.  Ahmanet’s thirst for justice has spanned centuries, and players must outwit the fearless warrior to survive.  Turning the storyline into reality by traveling through multiple rooms, up to 10 players work together within a 60-minute time limit to solve the puzzle and defeat The Mummy Escape Game.
Pioneering the new genre of Real World Adventure, SCRAP introduced the world’s first live action puzzle game, REAL ESCAPE GAME in Japan.  The innovative company has forged partnerships with industry leaders in interactive entertainment such as Square Enix, Nintendo and Funimation.  More than 3.3 million people have participated in events run by SCRAP and its partners throughout Japan, China, Singapore, France, Spain, Canada and the United States.  SCRAP’s escape room was selected as BEST ESCAPE ROOM in the United States by USA TODAY’s READERS’ CHOICE 2016.

“The Mummy Escape Game allows us to creatively extend the world of The Mummy into a fan-driven live experience,” said Vince Klaseus, President, Universal Brand Development.  “We are fortunate that SCRAP—who is at the forefront of live-event trends and whose innovative games have become a cultural phenomenon—is helmingthis live-puzzle-game event.   With The Mummy’s sweeping story and SCRAP’s proven success in this genre, we are creating a shared experience for fans around the world.”

“This is SCRAP’s first partnership with a film studio, and we’re incredibly excited for the opportunity to introduce The Mummy into the live-action game genre,” said Satoshi Yamabe, SCRAP Producer of escape games.  “Working alongside Universal Brand Development, we are creating a one-of-a-kind ‘in-world’ fan experience that allows participants to step inside The Mummy and create their own memorable adventure.”

Tickets will be available for purchase today, as will additional information on ticketing and touring updates at www.themummyescapegame.com.
About The Mummy
Tom Cruise headlines a spectacular, all-new cinematic version of the legend that has fascinated cultures all over the world since the dawn of civilization: The Mummy.

Thought safely entombed in a crypt deep beneath the unforgiving desert, an ancient princess (Sofia Boutella of Kingsman: The Secret Service and Star Trek Beyond) whose destiny was unjustly taken from her is awakened in our current day, bringing with her malevolence grown over millennia and terrors that defy human comprehension.

From the sweeping sands of the Middle East through hidden labyrinths under modern-day London, The Mummy brings a surprising intensity and balance of wonder and thrills in an imaginative new take that ushers in a new world of gods and monsters.

The creative team on this action-adventure event is led by director/producer Alex Kurtzman and producer Chris Morgan, who have been instrumental in growing some of the most successful franchises of the past several years—with Kurtzman writing or producing entries in the Transformers, Star Trek and Mission: Impossible series, and Morgan being the narrative engineer of the Fast & Furious saga as it has experienced explosive growth from its third chapter on.  Sean Daniel, who produced the most recent Mummy trilogy, produces alongside Kurtzman and Morgan.  www.themummy.com

About Real Escape Game
Established in Japan in 2007, SCRAP Corp. debuted the Real Escape Game concept in Kyoto and followed up with the first permanent Real Escape Room in 2010.  Since then,  over 3.3 million people have participated in games run by SCRAP and its partners throughout Japan, China, Singapore, France, Spain, Canada and the United States.  For more information about SCRAP, visit realescapegame.com.