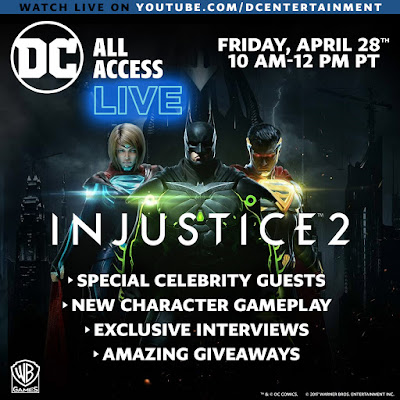 The wait is almost over! In anticipation of the May 16 release of Injustice 2, DC All Access is hosting a special live event full of celebrity, carnage and comics. Broadcasting straight from Machinima Studios in Los Angeles, the special episode will stream live Friday, April 28th from 10 a.m. to 12 p.m. PST.

Injustice 2 will be available for the PlayStation®4 computer entertainment system and Xbox One on May 16, 2017. New episodes of DC All Access can be viewed via DC Entertainment’s official YouTube page here: https://www.youtube.com/user/DCEntertainmentTV