The Original Mondasian Cybermen Return to Doctor Who 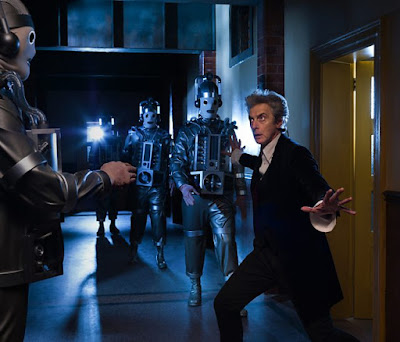 The original Cybermen will be returning to Doctor Who for the final two episodes of series 10, with filming currently underway. The Mondasian Cybermen -- originating from the planet Mondas -- have not been featured in the last 50 years of the series, making this quite an event as Peter Capaldi's tenure as the Doctor comes to a close.

The Mondasian Cybermen - Peter Capaldi’s long-time favourite foe - will return in episodes 11 and 12 of the series, alongside Capaldi as the Doctor, Pearl Mackie as Bill Potts, Matt Lucas as Nardole and Michelle Gomez as Missy. The episodes, written by Steven Moffat and directed by Rachel Talalay, are now filming in Cardiff.

Doctor Who returns to screens on Saturday, April 15, on BBC One and BBC America. To find out where to watch in your country, please visit www.doctorwho.tv.

Check out the trailer for series 10 below: