PRISON BREAK is back on Monday 10th April at 9pm on FOX. 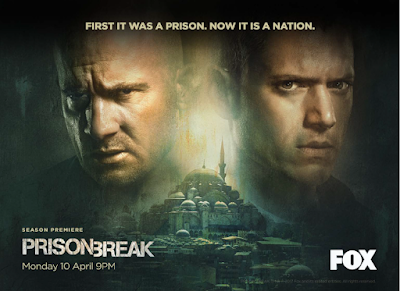 PRISON BREAK is back on Monday 10th April at 9pm on FOX.

Prepare for the biggest escape yet… In this brand new series original stars, including Wentworth Miller, Dominic Purcell and Sarah Wayne Callies, reunite for an all-new thrilling adventure which spans across the globe.

You can expect all the signature thrills and cliff-hangers that made the original series so addictive!  In the new series, filmed partially on location in Morocco, clues surface that suggest Michael Scofield (Wentworth Miller, DC’s Legends of Tomorrow) might in fact be alive. Michael’s brother Lincoln Burrows (Dominic Purcell, DC’s Legends of Tomorrow) and Michael’s wife, prior to his presumed death, Sara (Sarah Wayne Callies, The Walking Dead) reunite to engineer the biggest escape ever. Three of Fox River State Penitentiary’s most notorious escapees, Sucre (Amaury Nolasco, Telenovela), T-Bag (Robert Knepper, Heroes) and C-Note (Rockmond Dunbar, The Mentalist), are pulled back into the action.