New Doctor Who Series 10 Trailer; How to See the Premiere in Theaters 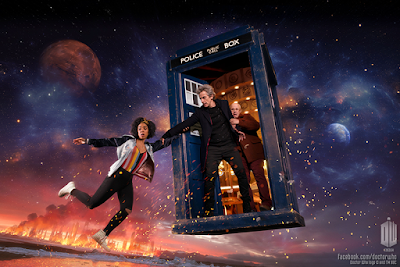 A brand new trailer for the new series of Doctor Who has just been released, and it gives fans an exciting look at what to expect from the Doctor's adventures with companions Bill (Pearl Mackie) and Nardole (Matt Lucas).

Check out highlights from the premiere episode, "The Pilot," through the rest of the series right here:

The new series premieres April 15, on BBC One and BBC America, but you'll also have two opportunities to see the first episode on the big screen in select US theaters, thanks to Fathom Events. 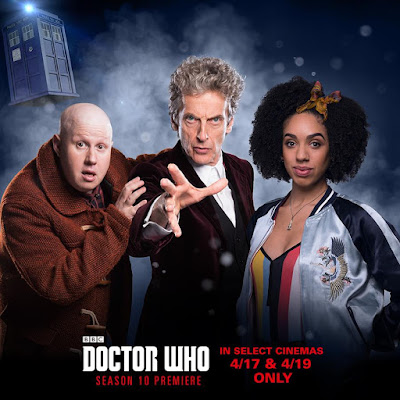 Come together with fellow fans to celebrate the return of Doctor Who to the airwaves when the Doctor Who Season 10 Premiere comes to the big screen! Season 10 will see Peter Capaldi embark on his thrilling final chapter as the Twelfth Doctor as well as the introduction of brand new companion Pearl Mackie as Bill Potts and the return of Matt Lucas as Nardole. Fantastic adventures and terrifying monsters await the team of heroes as they journey through space and time in this latest installment of the globally-renowned drama.
This special two-night event also features two exciting bonus programs including episode one of the spinoff series “Class,” featuring a guest appearance by the Doctor himself, and the never-before-seen bonus feature, “Becoming The Companion.” Fans will travel with new companion Pearl Mackie from the London stage through the doors of the TARDIS to a once-in-a-lifetime role, or as Pearl says, “the most insane thing that's ever happened to me.” The all-new feature includes exclusive interviews with Pearl, Peter Capaldi, and Steven Moffat and is narrated by Ingrid Oliver.

Tickets are available now at FathomEvents.com.

For more information about Doctor Who, visit the official site here.