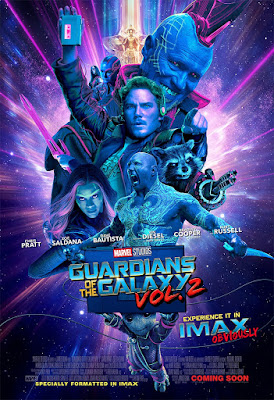 IMAX has released new exclusive artwork for Guardians of the Galaxy Vol. 2, which flies into theatres on April 28. The art, which debuted earlier today on director James Gunn’s Twitter and Facebook pages, highlights everyone’s favorite ragtag group of misfits including Star-Lord, Gamora, Drax the Destroyer, Rocket Raccoon, Groot, and the one and only Yondu.

That’s not all! Fans that go to Guardians of the Galaxy Vol. 2 in IMAX will get to experience more of the team’s galactic adventures than those that see it in standard theatres because the majority of the movie will feature special IMAX formatting. Only available during IMAX showings, select scenes from the movie will be presented in an expanded 1.9:1 aspect ratio which means fans will get to see 26% more of the image than standard theatres, making Guardians of the Galaxy Vol. 2 a must-see event in IMAX.

About Guardians of the Galaxy Vol. 2:
Set to the backdrop of 'Awesome Mixtape #2,' Marvel's Guardians of the Galaxy Vol. 2 continues the team's adventures as they traverse the outer reaches of the cosmos. The Guardians must fight to keep their newfound family together as they unravel the mysteries of Peter Quill's true parentage. Old foes become new allies and fan-favorite characters from the classic comics will come to our heroes' aid as the Marvel cinematic universe continues to expand.

The IMAX release of Guardians of the Galaxy Vol. 2 will be digitally re-mastered into the image and sound quality of The IMAX Experience® with proprietary IMAX DMR® (Digital Re-mastering) technology. The crystal-clear images, coupled with IMAX's customized theatre geometry and powerful digital audio, create a unique environment that will make audiences feel as if they are in the movie. 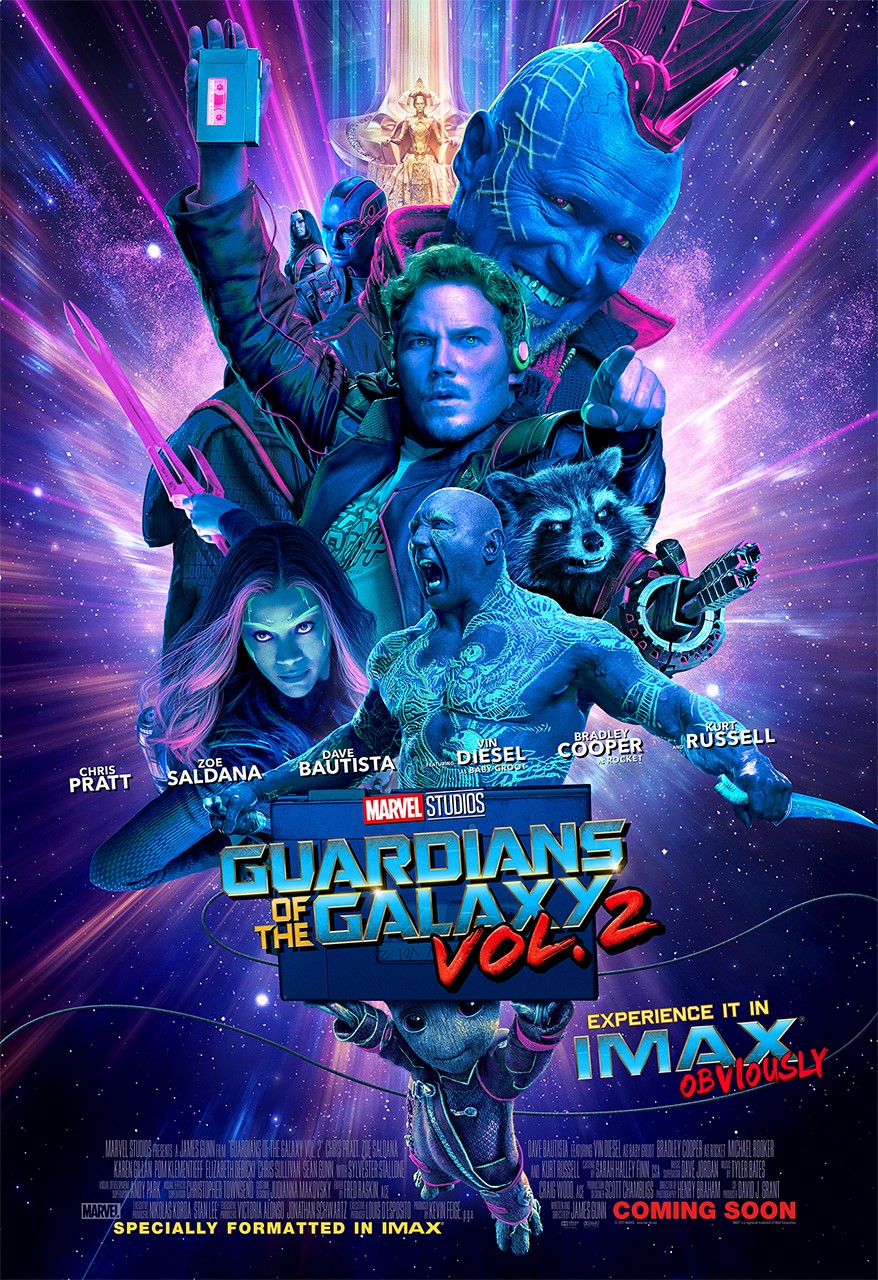