Doctor Who | Official Synopsis for the Series 10 Premiere Revealed 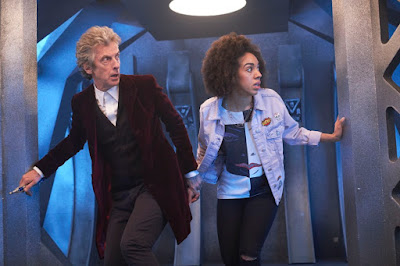 We're just two weeks out from the series 10 premiere of Doctor Who, and the synopsis for the first episode, "The Pilot," has been revealed (via Radio Times).

Two worlds collide when the Doctor meets Bill. A chance encounter with a girl with a star in her eye leads to a terrifying chase across time and space. Bill’s mind is opened to a Universe that is bigger and more exciting than she could possibly have imagined – but who is the Doctor, and what is his secret mission with Nardole on Earth?

Not exactly heavy on information, but still enough to whet the appetite -- especially after such a long drought!

In case you missed it, here's the official trailer for the new series:


Doctor Who returns Saturday, April 15, on BBC One and BBC America.